About The Poet Get In Touch

Colm Keegan is an award winning writer and poet from Dublin, Ireland. His first book “Don’t Go There” was released in 2012 to critical acclaim. His latest collection “Randomer” is now available from Salmon poetry.

His debut full-length play “For Saoirse” was staged in Axis Theatre and shortlisted for the Fishamble New Writing award in 2018. His short play “Something Worth Saying,” commissioned for the Abbey Theatre’s Dear Ireland project in 2020 was called ‘exquisite and devastating’ by reviewer Emer O’ Kelly.

He was a co-founder and board member of Lingo, Ireland’s first Spoken Word festival. In 2014 was awarded a residency in the LexIcon, Ireland’s largest public library. He has developed numerous creative writing projects for schools and colleges across the country. He is a creative writing teacher and co-founder of the Inklinks Project, a writing initiative for young writers, and was the writer in residence for Carlow College St Patricks in 2019. He also developed and co-ordinates South Dublin Epic for SDCC arts office.

He has recently released a special 10 year celebration limited edition of Three Men Talking About Things They Kinda Know About (co-written with Kalle Ryan and Stephen James Smith), now available as a book for sale here and as an audio play on spotify. 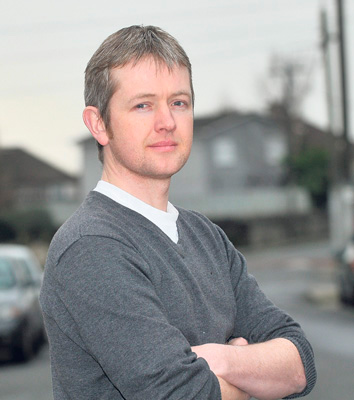 Colm Keegan – Volcano A Blanchardstown Kishotenketsu Written and performed by Colm Keegan in response to his work with Foróige. Commissioned by Draíocht, with support from Creative Ireland’s National Creativity Fund, and funding from Fingal County Council. Filmed and Edited by Arcade Film.