Residencies - Carlow College and LexIcon Get In Touch

In 2014, Colm was appointed as the inaugural Writer in Residence of Dun Laoghaire/Rathdown LexIcon, Ireland’s largest public library. Interacting with large sections of the public, Colm ran a variety of workshops covering subjects such as the short story, expression in verse, poetry and fiction, for adults, teens and children.

Helping to define the role of Writer in Residence as integral to both the local community and the work of the library, Colm delivered a series of Residency Cabarets, featuring performers such as Dermot Bolger, Kevin Gildey, Eleanor Tiernan, Ailie Blunnie, and established himself as a key presence during the Mountains to Sea dlr Book Festivals which fell during his tenure. Commissioned to mark the launch of the dlr LexIcon, his poem Beyond This was read as part of the opening ceremony of the library on 17 April 2015.

“Colm was a terrific writer in residence, feedback from his workshops for adults teens and children was exceptional. He has an easy rapport with all age groups, is an excellent communicator, polite and friendly, has a great sense of humour, and is a team player, affable and friendly with all.” – Marian Keyes, Senior Executive Librarian. 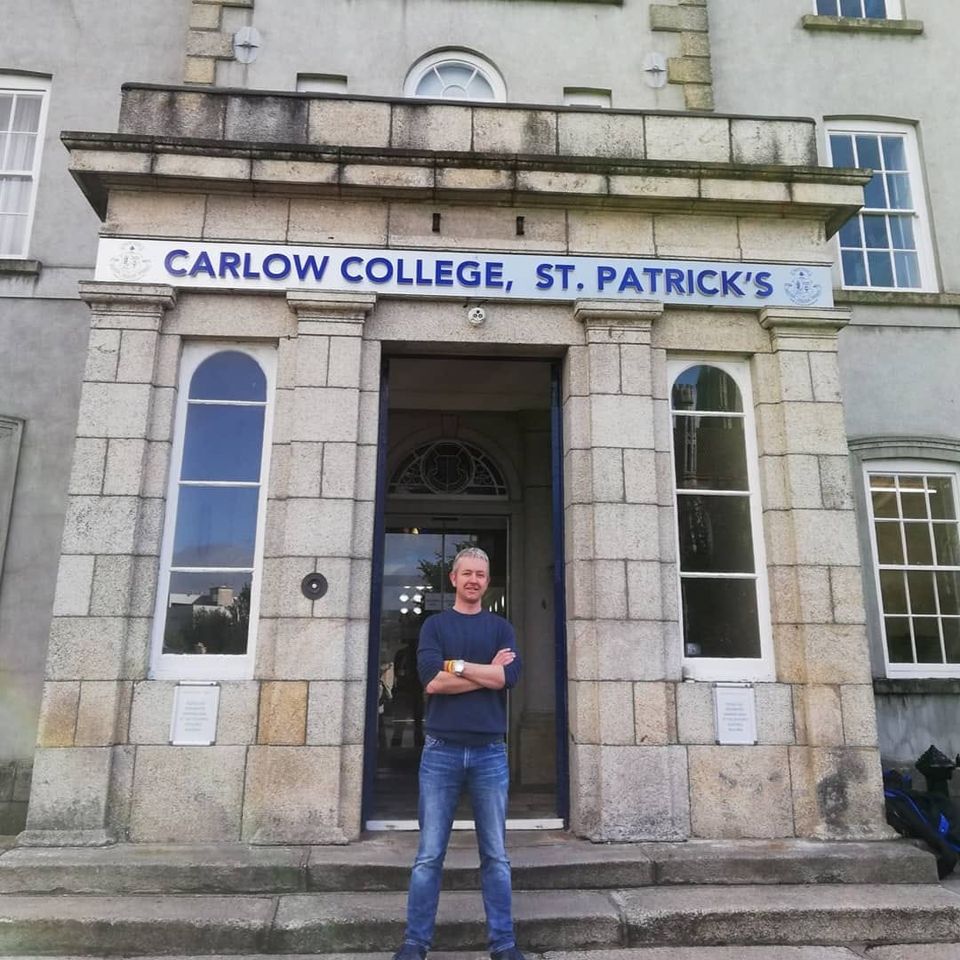 In 2019 Colm was appointed as the Writer in Residence of Carlow College, St. Patrick’s. During his tenure he ran the weekly Writing Room, an engaging two-hour workshop focused on providing campus alumni, students, and members of the local community with time to pursue their creative writing practice. These workshops focused on writing to specific prompts, provided by Colm, as well as performance techniques, drawing on Colm’s experience in spoken word and drama.

Colm also delivered a dynamic public lecture with Dr Derek Coyle entitled Find Your Voice: A Guide to Writing a Short Story in the prestigious John England Hall, which was warmly received by faculty and students.

“Colm Keegan has a natural flair for communication, connecting with people and persuading them, through passion and fervent conviction, of the liberating power of the written and spoken word. He has great gifts in these areas. He is very much himself and he delivers an honest from the heart experience which speaks with candid honesty about his own life experiences but which also reveals a man passionate about his art, very knowledgeable at a practical level as to what works in contemporary writing.” – Derek Coyle, Lecturer in English Literature, Irish Studies and Creative Writing.